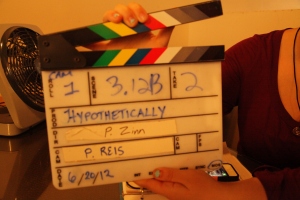 Cameras rolled on the short film “Hypothetically” in June 2012. The 10 page short was shot in one day in Long Island City (Queens), New York. The film is in post production and will be submitted to film festivals worldwide in 2013.

a film blog by Daniel Quitério